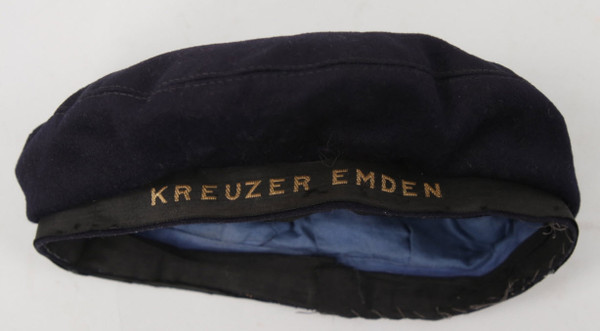 Small size children's sailor's cap with a machine-woven KREUZER EMDEN cap tally. The cap is made of blue wool and has definitely been worn and repaired.

You know how after the first World War, the Germans weren't allowed to build large weaponry or ships? They WERE allowed to replace 6 old ships with new light cruisers. She was the only ship of her class (Dresden) and was the first large warship built in Germany after the end of World War I.

She patrolled the Ocean during the Spanish Civil War and participated in the Invasion of Norway.