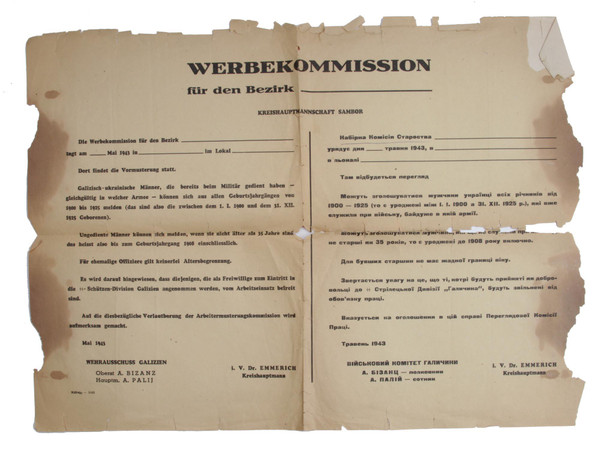 The creation of the 14th SS was announced on the 28th of April, 1943. This poster being dated May  1943 would have been released in the first wave of recruitment and propoganda

Written in German on the left and Ukrainian on the right:

This is where the pre-certification takes place

Looking for Ukranian men born between 1900 and 1925 that have already had military service, in any army (for example, Polish, Ukrainian etc)

It is pointed out that those who are accepted as volunteers to join the SS - Schutzen-Division Galicia are exempt from labor.

People can report if they are not older than 35 years, i.e. up to and including the year of birth 1908

PT99 - Time for a drink! Formation with Pitchers