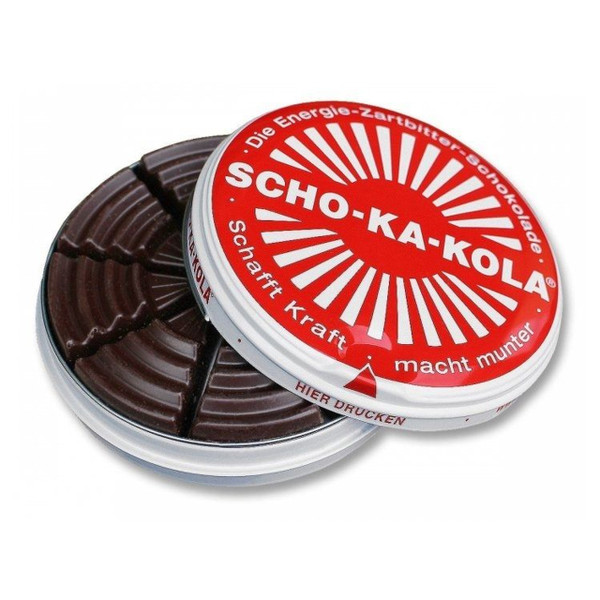 Introduced to the market in 1935 as sportlers chocolate for the olympic games 1936. Schokolade a dark chocolate enriched with coffee. They were included in the official Wehrmacht rations and were widely spread throug all german units in WWII.

Directly imported from Germany with an expiration date of March 2024.

Six pieces of Scho-Ka-Kola contain about as much caffeine as a cup of coffee. In numbers, one tin (100g) contains 200mg of caffeine. Botanically speaking, the kola nut is not a nut or legume, but a seed. We advise people with tree nut or legume allergies to be cautious in any case. Below are the ingredients and nutritional values for each.

North Korean Order of the Liberation